Double Brit Award-winner Dua Lipa has been crowned the best-selling female musician of the year so far, across both album and single sales. The 22-year-old’s debut album, released last June, has shifted 95,000 copies in 2018 and is the fifth biggest-selling record of the year as it stands, according to new data from the Official […] 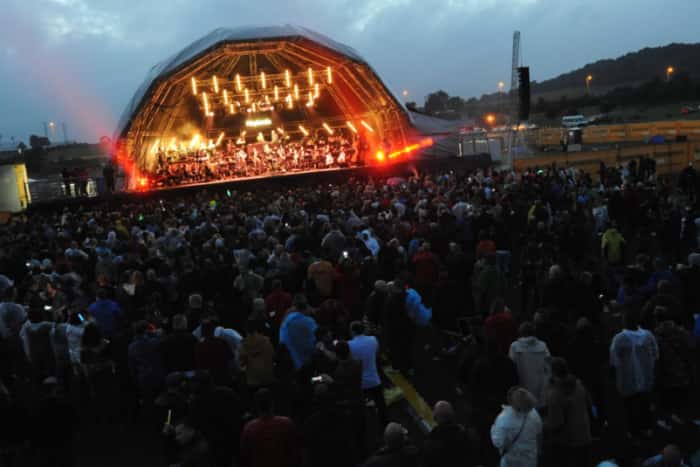 Love live music? Love throwback tunes? Then why not volunteer at Let’s Rock retro festival this summer and enjoy the event for free? By signing up to do a 4 hour shift with festival charity partner, Child Bereavement UK, selling wristbands and raffle tickets on the day, you will gain entry to the festival without […]

Liam Payne has shared a rare glimpse of his baby son to celebrate his first birthday. He and Cheryl, have rarely shared pictures of Bear, with Cheryl having only posted once in March last year to announce his birth. The couple, who have been together for around two years, were recently forced to defend their […]

Organisers of the 10th Evolution Emerging Festival have today confirmed the full line-up which will see over 50 of the North-East’s brightest stars take over some of Newcastle’s most iconic venues. Taking place in Ouseburn on Saturday, 9th June, this year’s headliners The Pale White, Cape Cub, Martha and Tom Joshua will also be joined […]

Justin Bieber’s joined Craig David on stage in Los Angeles as he bounced back from his latest reported break-up from Selena Gomez. The Canadian musician offered his support to David at the R&B star’s show at The Roxy on Tuesday night. Bieber told the crowd: “This guy right here supported me from day one, came […]

American girl group Fifth Harmony have announced they will be going on hiatus after six years together. Fifth Harmony, who were formed on the US version of The X Factor in 2012, was previously a five-piece until the departure of Camila Cabello in December 2016. Now its remaining four members – Ally Brooke, Normani, Dinah […]

Aston, Louis and Harry join together as Dance Trio

Former JLS star Aston Merrygold has teamed up with Strictly Come Dancing champions Harry Judd and Louis Smith to form a new dance boy band. The three ex-Strictly celebrity contestants are touring together in jukebox theatre show Rip It Up which will see them perform to some of the biggest hits of the 60s. Classic […]

Slam Dunk Festival is back for another round of rock, all things pop punk and even a bit of metal this year over the May Day bank holiday weekend, with 3 days of music across 3 venues around the country for fans to get their teeth into. This year sees not one, but two joint […]