The Lightning Seeds’ Three Lions could be set to dominate the charts as World Cup fever sweeps the nation. Bookmaker Coral has slashed the odds on the 1996 hit reaching number one from 10-1 to 3-1. The anthem, sung by David Baddiel and Frank Skinner and written by Ian Broudie, has become synonymous with the […]

Is it Coming Home? England have made it to the Round of 16 but who else has?

England’s emphatic 6-1 win over Panama ensured their progress out of World Cup Group G along with joint leaders Belgium – But who else is through to the Round of 16? England captain Harry Kane scored a hatrick in the match and is now said to be gunning for the Golden Boot and wants to […]

A new survey has revealed that English fans are hopeless romantics when it comes to their squad, with one in 10 admitting they love their team more than their partner. The survey also found that more than a quarter (28%) were willing to give up sex for over a month if it meant seeing England […] 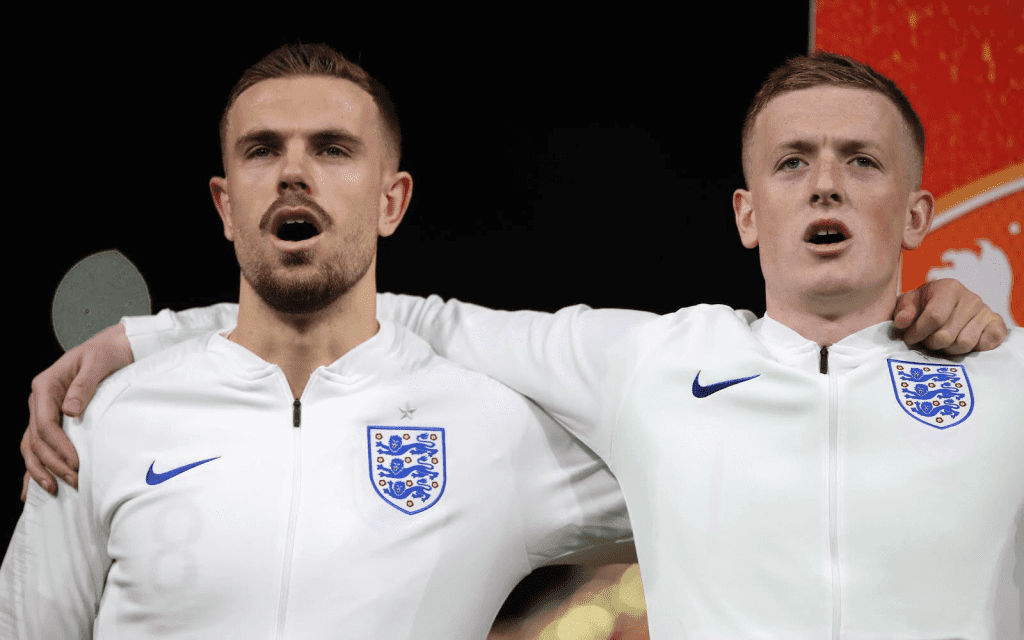 The glitz and glamour that the England squad’s wives and girlfriends brought to World Cups of the past may not be as evident in Russia with the Wags including childhood sweethearts and soon-to-be mothers. The team’s base camp near St Petersburg, is expected to be a far cry from the 2006 World Cup in Germany, […]

The heartbroken loved ones of a man who was killed by a drink/drug driver are urging people to avoid driving under the influence as World Cup fever begins to grip the North East. Devastated Michelle Norton lost her only child, Lewis Knapp, last year after he was run over by a drink and drug driver […]

England manager Gareth Southgate has named his 23-man squad for the FIFA World Cup in Russia, including Jordan Henderson and Jordan Pickford from Sunderland.  Current Liverpool captain Jordan Henderson is part of the squad for the tournament having already captained the national side in the past.  Henderson, who attended Farringdon Community Sports College, previously played […]

Two Sunderland College students have been selected for the prestigious England Colleges and England Schools National squads. Sports student Thomas Kavangh and A-Level student Fraser Colling, who are part of the College’s Football Development Centre, were selected for the England squads from hundreds of talented 16 to 18-year-old football players across the country. The talented […]

Comedian Ricky Gervais has urged an end to the “madness”, supporting Animal Defenders International (ADI) in its call for a UK-wide ban on wild animal circus acts without delay. The plea comes after a backbench bill to progress legislation in England was blocked, like previous attempts, by a single MP on Friday. Ricky Gervais said: “Using and abusing animals is not what I […]