Sunderland Minster opened its doors to host an important annual event marking Human Rights Day, and let me tell you it’s been a real eye-opener! 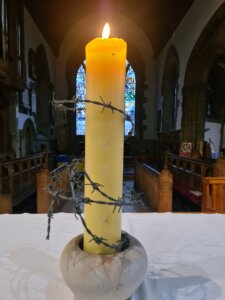 Amnesty International’s candle shone brightly in the Minster’s heart on December 11, marking the beginning of an event that offered much more than you would expect, focusing on the importance of protecting Human Rights, but not forgetting what a tightly woven community can do together in supporting asylum seekers.

From the moment you step through the Minster’s imposing doors, bright smiles welcome you, eager to show you around and explain what the event will be about.

“It’s mainly, I think, sharing of stories between different groups. Most of the people here are already involved in Human Rights work in some way, so really, it’s just so they will be able to make new contacts that they didn’t know of already. With a negative spin on it, in a way, I wish more people from the general public would come, who weren’t already involved in Human Rights work, but you know, we are where we are and I am very grateful for the number of people who turned up on a cold Sunday of December,” said Steve Newman, Local Group Secretary at Amnesty International and the event organiser. 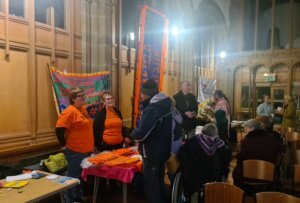 With peaked curiosity and not much time to roam around the colorful stands, meticulously set up, we rush to our seats as the event is about to begin.

Reverend Chris Howson, who coincidently is the University of Sunderland’s Chaplain as well as Chair of Sunderland City of Sanctuary gave the opening speech, introducing a few of the guest speakers but swiftly passing the torch to Mr Newman who welcomed them individually to have their stories and campaigns heard.

This event marked Human Rights Day through an interactive mixture of stories from both charitable groups involved directly in campaigns focused on protecting Human Rights as well as victims and asylum seekers who came to share their stories and raise awareness towards the importance of such work, for it not only to continue but to grow.

Reverend Howson sums up with his beautiful words the intent of this event: “Human rights are always in danger of being eroded and so you have to have events and talk about them and invite people from different organisations to share their experiences, otherwise we don’t know what’s happening in Rwanda, Palestine, Syria and so on. It’s very important to give opportunities to hear people’s voices.”

Uncertainty has become such an integral part of society worldwide, with wars happening on many fronts, some closer to home than we’d like to admit, and Amnesty International, alongside an extensive list of other notable charities and organisations, are doing their best to welcome and support the ones affected by war, violence, torture, persecution and so much more. 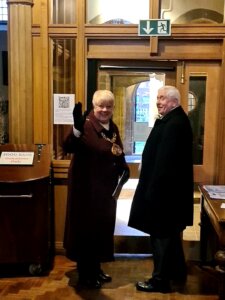 Being a member of Amnesty International for many years, Claire Rowntree, Deputy Leader of Sunderland City Council said it has been a pleasant privilege to be invited to speak at this event about Sunderland becoming City of Sanctuary “a movement committed to building into a culture of hospitality and welcome to refugees seeking sanctuary from persecution”.

Deputy Rowntree added: “The passing of this motion meant Sunderland will take its deserved place in the network of cities that plan to promote the inclusion and welfare for those fleeing violence and persecution. Sunderland should be a place where people feel safe and welcomed and respected for who they are, where they’re from and the circumstances they find themselves in.”

Following such powerful words from the leader of our Council, we turned our ears to hear George’s story, a refugee from Syria, who after being part of the Asylum Seekers program, now volunteers to repair bikes for the community of refugees. With the cost of living being on the rise, public transport can seem like a luxury for someone with minimal income, therefore a bike is a much-welcomed transportation aid.

Mel Kakkar from the No To Hassockfield Campaign drew attention to the Women’s Immigration Removal Centre (IRC) located in County Durham and they are vehemently fighting for its closure stating: “The Centre is inhumane and an unnecessary waste of taxpayers’ money”, with women relying mostly on charities for things they might need as they cannot bring anything from the outside, most arriving in the dead of night, only with the clothes on their back.

Rowan McCabe took the stand, providing us with some much-needed laughs after hearing about such harrowing events that are happening just around the corner. 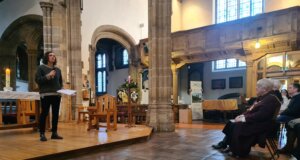 He is the first door-to-door poet in the world, and as the title implies, he knocks on people’s doors and writes them a poem on a topic of their choice.

Cheered up, and with our attention now charged back up to maximum, we turned to Pam Wortley, Freedom From Torture speaker, “the only UK organisation dedicated solely to healing and protecting torture survivors, campaigning in the UK for over 30 years”, as she so eloquently explained.

“Our Centre in Newcastle covers the North East and provides physical and psychological therapies. It gives legal and welfare support to navigate the hostile asylum system and ensures access to healthcare and housing. Part of the remit of Freedom From Torture North East is to raise awareness to the real reason why people are forced to seek sanctuary and works to expose torture globally.” Wortley added.

Among the organisations that have previously participated, were some new names at this event such as Palestine Solidarity Campaign (PSC) which asked directly to be involved after hearing about the event as well as North East Rwandan Association (NERA), created to commemorate the victims of the Rwandan genocide and bring the UK Rwandan community closer together.

Once Reverend Howson gave the closing speech, it was time to mingle and have a closer chat with everyone in attendance. 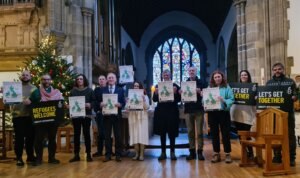 Coun Alison Smith, who hasn’t previously attended this event but has been involved in protests in her younger years said: “I was delighted to receive the invitation to take an active part in what was going on and hear the stories and to represent the council. Very fortunate, when I became Mayor, it was my very first meeting where the City of Sanctuary motion was passed so it was of great pride for me to chair that and pass that motion on behalf of everyone, so very interesting today.”

With the last two years being affected by Covid-19, the event took place over Zoom rather than in person, and I can tell that everyone missed it. It has been such a great turnout, from various organisations and charities to politicians and the general public.

With Christmas knocking at our door, it has been a great reminder it is high time to open our hearts and help out as much as we can, be it through donations, volunteer work, or simply spreading the word about these powerful campaigns.

For more information about each of the campaigns and organisations involved, we encourage you to access the links below: 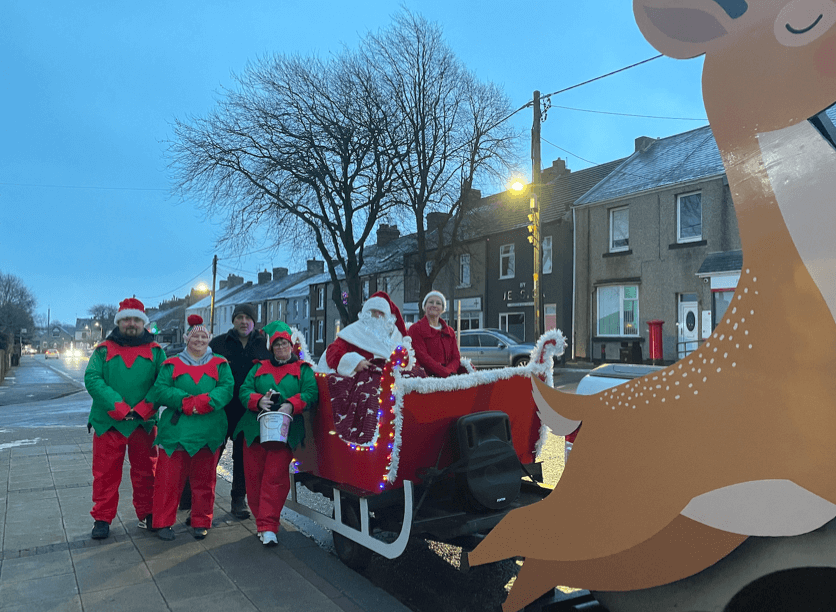 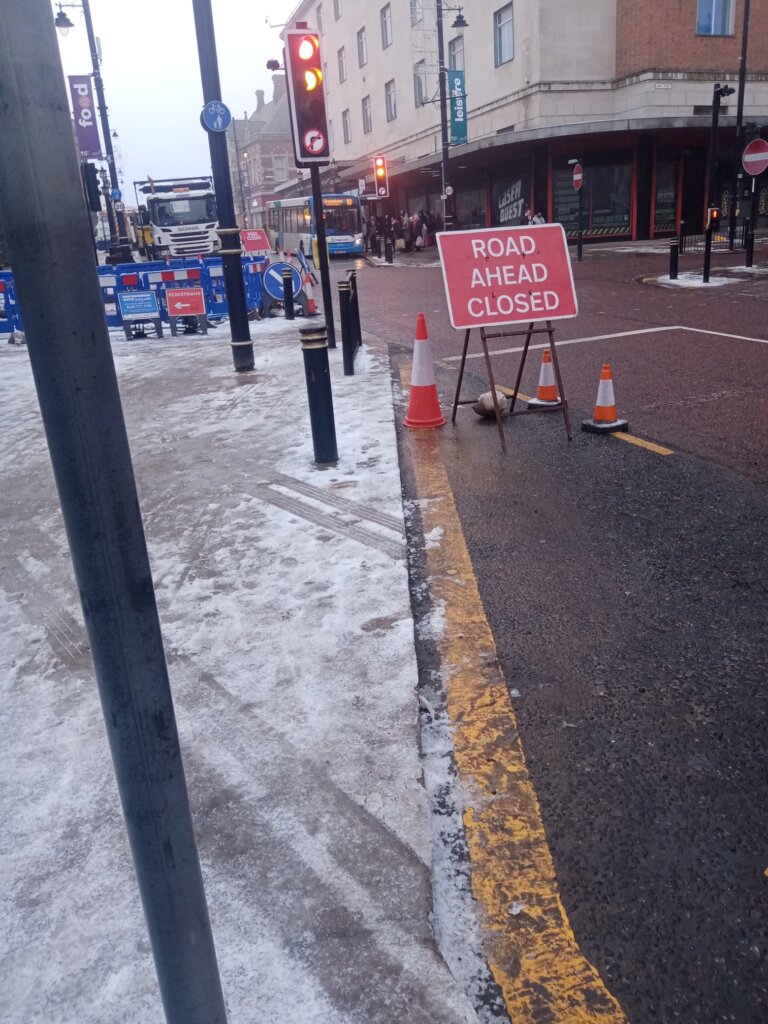