The season five double-feature finale of Adult Swim smash hit Rick and Morty recently aired, diverging heavily from the episodic structure the writers have preferred for the series so far. Given the confluence of their “infinite universes” centre-point and what is still a large episode order for future series’ (with the show backed by Adult Swim to make 70 episodes back in November of 2019), the show has room to grow. Delving head-first into the two most lore-rich episodes of this season and the show at large, ‘Forgetting Sarick Mortshall’ and ‘Rickmurai Jack’ yields impressive results for what the future may hold.

The first episode and the beginning minutes of the second episode aren’t as canonically crucial. The key takeaway is that Rick Sanchez learns empathy for others. Early scenes demonstrate Rick’s undervaluation and mistreatment of Mortys and other sidekicks in general (despite their potential being beyond that of Rick’s). Rick demonstrates this best when he tells Morty that he can’t take him back as a partner because “I never made you a true partner… what we had was abusive,” with this personal growth being the biggest demonstrable difference between Rick C1-37 and other Ricks, and this being what many see as the reason C1-37 Rick is “the Rick-est Rick.”

There are many things worth analysing in a finale so dense with lore, metaphor and crippling loose ends; the revealing of Rick’s backstory and what it tells us about him, the narrative theme of partnership and the reclamation of Rick and Morty as characters in the wreckage of the Citadel and its population of them, but that is not the most engaging topic.

This finale, along with its surrounding circumstances, brings one question into sharp reprieve. What does this tell us about the relationships between author and audience, the nature of critique, cannon, and the ontology of storytelling itself?

The Rick and Morty fanbase has craved an episode like this for almost as long as the show has existed. The unimaginable genius in conflict with the infinite universe with our on-screen stand-in, there as both a voice of reason and as the counterweight to Rick’s experienced, cynical, nihilist, existential superintellect. The format of this show allows for the near-limitless potential of such a story model to thrive, and yet the fanbase has almost universally craved the authorial direction of the writers through the cosmos of the central finite curve. What could be the reason for this?

One could be the dialectical relationship inherent to co-creator Dan Harmon’s structural basis, referenced in Season 4 Episode 6; the story circle. In this episode (a fan favourite for its meta-critiques of storytelling and capitalism), Rick and Morty find themselves aboard a circular, Ouroborosian train that, quite literally, runs on canon. Beyond the episode itself, Harmon shows off his personal creation, a storytelling superstructure based on eight points as a journey leading back upon itself.

This storyline follows a key dialectical facet, in that the descent and return rhythm Harmon describes (which inherently carries the seed of the next descent) can be thought about through the thesis, antithesis, synthesis pattern inherent to dialectics. The rhythm can be seen in the life-death cycle, in the story cycle, the balance of opposites in the dialectical spiral, and such metaphorical analysis can help us to better understand why the Rick and Morty audience wants to be better directed by a more solid narrative lore. Harmon’s story cycle ends at about the same position from which it began, in the safe and familiar situation, but regardless of whether they get what they wanted or what they paid for it, such a cycle requires continuation. Unlike a circle (and much to the structure dictated by Harmon himself), the end requires having changed, the evolution of the dialectical relation.

The audience and the author, modernism and postmodernism

One thing that can also be garnered from this is a better insight into how one can look at and understand a story, who owns that story, how it can be interpreted, and how canon affects that. There are many ways in which one can interpret a piece of media, but there are two main ways in which they are often grouped; a modernist approach, and a postmodernist approach. Rick and Morty is an existential masterclass, a marriage of nihilism and meaning in ways not often explored in the genre (a genre intimately familiar with existentialism), and the most often used self-contained episodic format begs to be read in a postmodern fashion; what has been a part of the show is that the dynamic duo have lives off-screen, so the audience as much as the writers have the creative right to fill in those blanks and interpret from the rest what that means for them.

Canon, however, brings back to the forefront what the writers most clearly wanted to evade on a show drowning in existential nihilism; authorial intent. With a canonical backstory, we are much closer to the Rick Sanchez the writers are working from, and further from the Rick Sanchez the fanbase has created for themselves. This battle between author and audience for meaning is ironic in the spirit of what the show is trying to say, and this final episode is the writers giving the audience what they asked for (with all the self-referential humour to boot), though this appears to have worked in the writers’ favour, with the fans and critics being happy overall (with the biggest critique being that it wasn’t more of what it was).

It’s quite interesting to see this battle play out in real-time, and to see where Harmon, Roiland, and the rest of the writing team are going to go with it now they’ve (as Rick himself put it) “jumped the shark.” Season six is a long while awa, but, among all the loose ends, one thing is certain; it’s going to be one hell of a ride.

Tagged as Rick and Morty 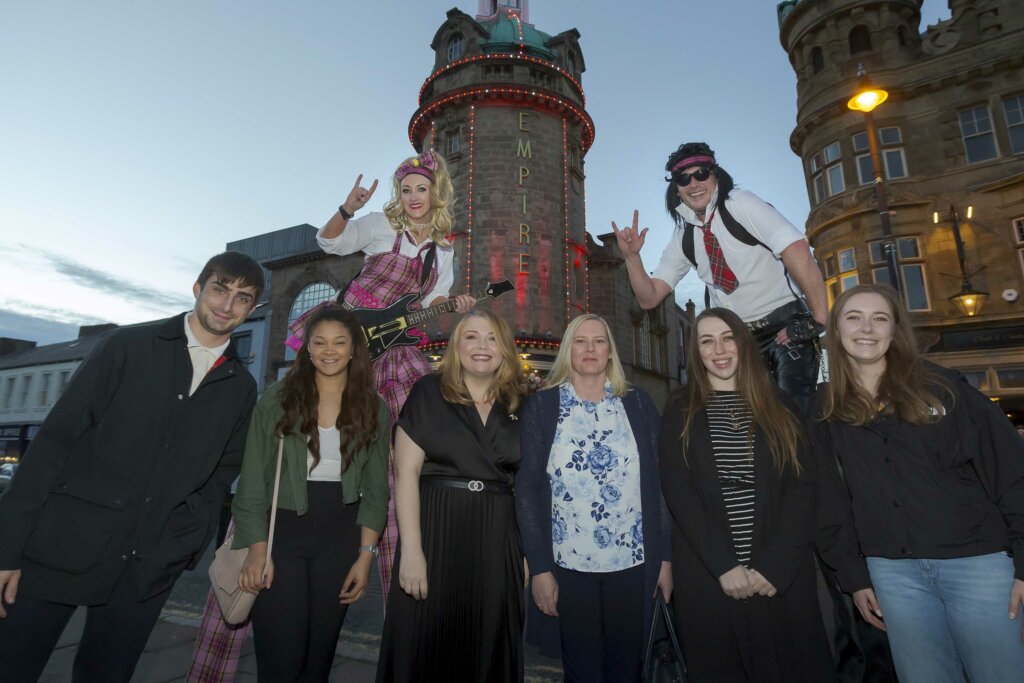