With soaring bills and rising food prices, the Sunderland Community Soup Kitchen and their volunteers are trying to ease these concerns during the festive season.

The Sunderland Community soup kitchen, based at the bottom end of High Street West, has been operating since 2019 but this year has been a difficult time for the charity due to a drop in donations.

It’s a completely free service which is open to anyone who can turn up, no questions asked, either for a hot meal or a hot drink with marshmallows made by one of their band of 60+ dedicated volunteers.

But with the cost of the living crisis hitting the area hard, they’ve seen a drop in donations to their vital service. When questioned on the matter, Andrea Bell founder of The Soup Kitchen said: “They’ve dried up, no food coming in and hardly any donations.”

She added: “Everyone’s holding on to their money too zip tight. We rely purely on the public as we go unfunded.”

Andrea founded the Soup Kitchen in 2019 after meeting someone vitally in need of a soup kitchen and noticing a lack of one in the Sunderland area.

The Sunderland charity is much more than just a soup kitchen, “We are providing warm hats, scarves, sleeping bags, gloves, flasks, hot water bottles, extra food provisions, energy provisions and energy signposting to help people top up their own meters to stay warm for a week,” Andrea said.

Sunderland AFC have donated season tickets so people who don’t have the funds can go to the match, whilst also organizing a food drop off point before the game on December 12, in the car park opposite Roker End Café.

How can you help

“At the minute if people could simply donate money or food that would be great,” said Andrea.

Donations of non-perishable food such as tins, packets and boxed foods with plenty of shelf life can be made direct to the Sunderland Community Soup Kitchen base in Addison Street, Hendon. 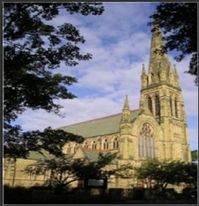