Christine McVie, writer of some of Fleetwood Mac’s greatest hits including Don’t Stop and Little Lies, has died at the age of 79.

The musician passed away peacefully in hospital, surrounded by family. 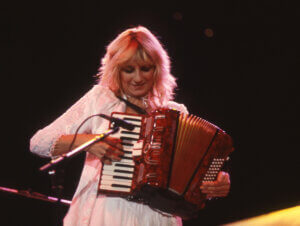 She joined the band in 1970 after marrying bassist John McVie, before Lindsey Buckingham and Stevie Nicks later joined in 1974. She went on to write some of the most iconic songs released by the band, including the likes of Everywhere and Say You Love Me.

In a handwritten letter, Nicks wrote ‘See you on the other side, my love. Don’t forget me – Always, Stevie’.

As well as those close to her, local Sunderland fans have also expressed their sadness.

Jess Eve, 20, Media Student said “I love Fleetwood Mac because their music and lyrics sound and feel so magical. Christine’s passing was a massive shock for me, two of my absolute favourite Fleetwood Mac songs were written by her, she’ll live on through her music.”

Jake Withers, 20, student exclaimed “It’s a tragic loss, not only for her friends and family but for the music industry – A pioneer of the industry has left us.”